“Behind great success, always, is great motivation. Beyond luck and intuition is a combination of elements that support each other, e.g., a new qualities and technology that reinvigorate satisfaction and good management behind it. Principles of beauty and artistic taste, by itself, will not suffice”, said Tonio Lamborghini, the next generation heir.“

Lamborghini, or short as Lambo, is the world renowned high performance supercar from Italy. The epitome of luxury and sleek design that raises eyebrows on fleek. Many dream of owning one, one day. The success of Lamborghini, to many’s surprise, is not based on simply the love of doing, confidence, industriousness or vision. It took diligence over generations to arrive where they are today.

Ferruccio Lamborghini, the Italian founder of Lamborghini Trattori, was raised in an Italian vineyard but found passion in engines. After graduating, Ferruccio had the opportunity to work for the Italian Air Force and started working on tractors using spare parts from military vehicles. Thus, the beginning of Lamborghini’s first chapter in business and high-performance tractors coming to life. The tractor factory was named Lamborghini Trattori S.p.A. in 1948 achieved great success and went on to become the largest tractor manufacturer in Italy which later on expanded business into air conditioning under the name Lamborghini Bruciatori in 1959.

Over time, Ferruccio became wealthy and found another passion with supercars and high performance engines. Pursuing his long time dream of ownership, he acquired lucrative vehicles in the like of Alfa Romeo, Maserati, Jaguar, Aston Martin and, of course, the most popular and fascinating sports car of the era, the Ferrari 250GT. Ferruccio’s claim to fame in the auto industry, however, stemmed from a dissatisfaction with his favorite Ferrari’s performance. Determined to discuss the matter, he approached Ferrari’s founder, Enzo Ferrari, only to have his customer feedback put off with “The problem isn’t the car. It’s the driver!” The rejection marked the jump start of a remarkable effort to build a better supercar than that of Enzo’s. 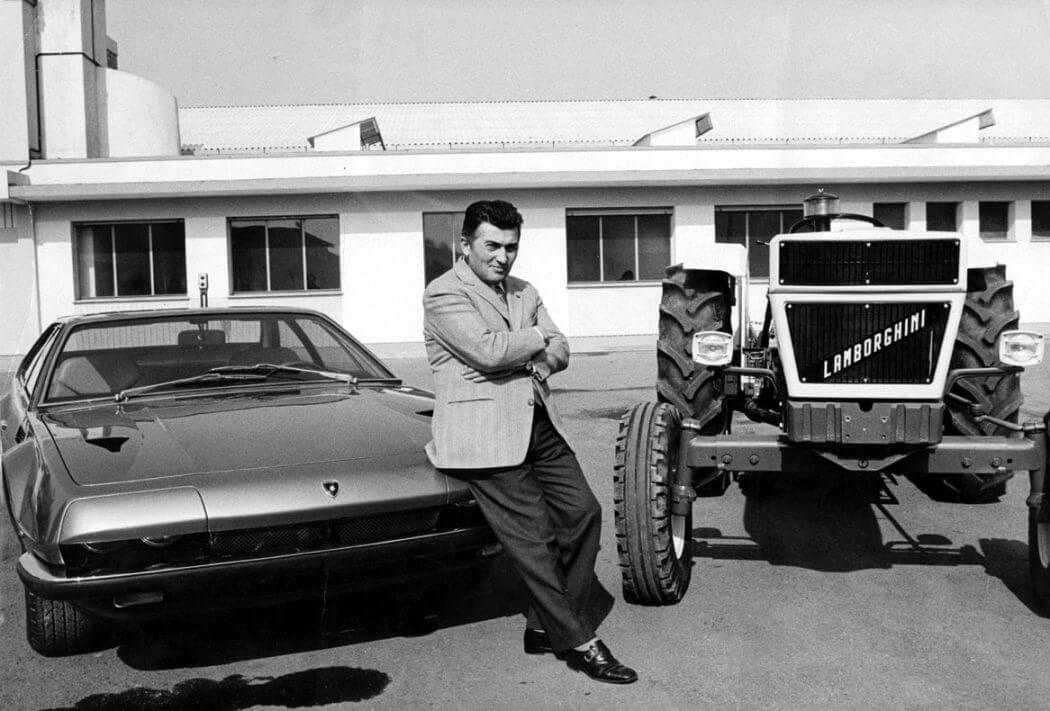 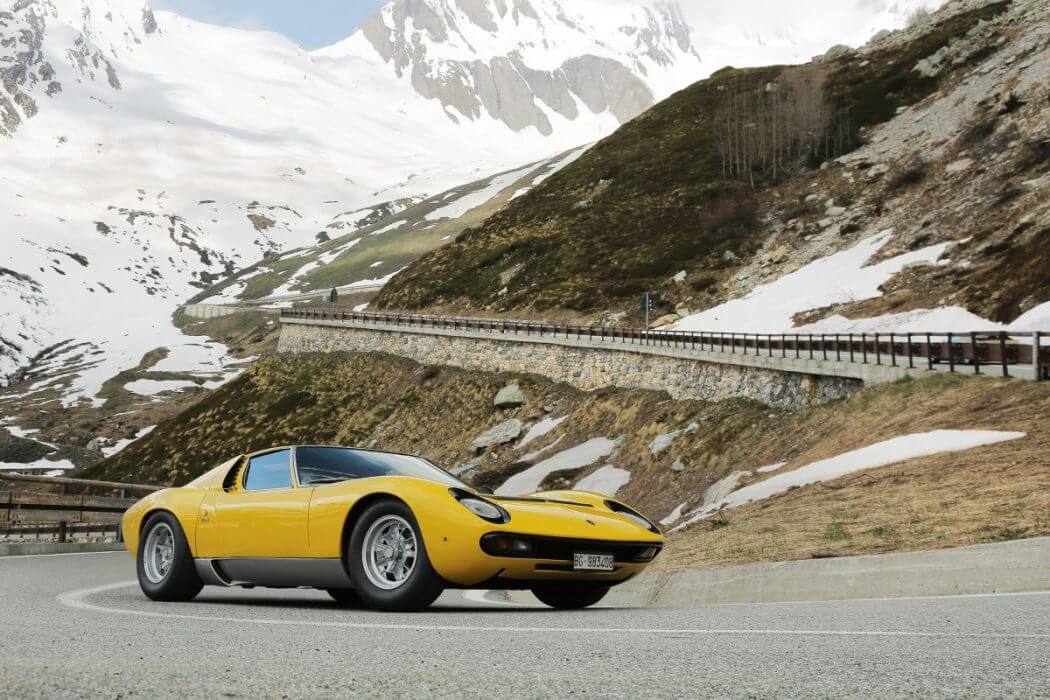 After just 9 months in 1962), with a commitment and love for the field, Ferruccio enlisted powerhouses from the Ferrari camp Giotto Bizzarini, (co-designer of the Ferrari 205G), Franco Scaglione and Gian Paolo Dallara, all of which were former employees of Ferrari to co-invent a better supercar, one that is more efficient and powerful than the Ferrari that can rocket up to 150 mph on Italy’s legendary 754 km long Autostrada A1 motorway which is considered the main artery to the regional transportation network, connecting Milan and Naples through Bologna, Florence and Rome. Eventually, Ferruccio’s team created a new phenomenon in the sports car industry with the Lamborghini 350GTV’s exterior design, engine technology and positioning all the way to controlling that was tested to perfection and satisfactory standards. The Automobili Lamborghini factory was thus established in 1963, designed for optimum visibility of the overall internal structure, manufacturing process and layout of the buildings, where Ferruccio could observe and under-functioning processies and take action himself. Lamborghini’s Bull symbol originates from his birth sign of Taurus, the bull, while each Lamborghini model is also associated with Bullfighting or famous bison breeds, for example, Muira, which is the Spanish bison breed from Don Eduardo Muira’s farm).

Lamborghini’s story continues to intrigue. To plant a next-gen business seed, Ferruccio had his successor, Tonino Lamborghini, take over at the age of 35 and allowed a free will to think outside the box and play with unprecedented ideas and practices, unfettered by the company’s previous success or reputation. 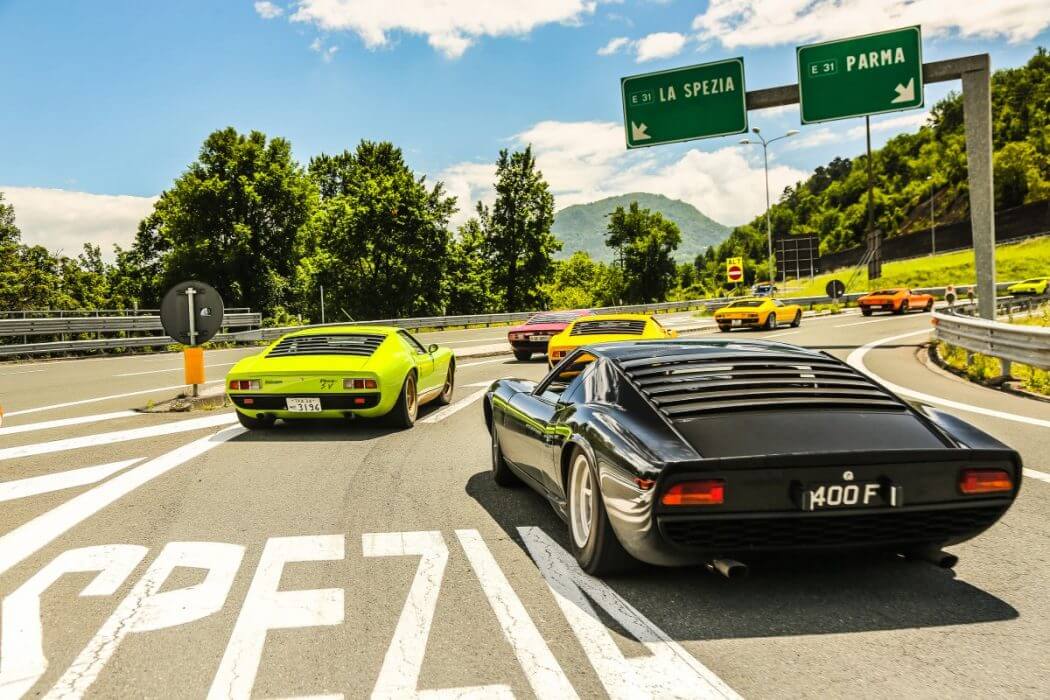 “What you think is right, do it” said Ferruccio. “ Behind great success, always, is great motivation. Beyond luck and intuition is a combination of elements that support each other, e.g., a new qualities and technology that reinvigorate satisfaction and good management behind it. Principles of beauty and artistic taste, by itself, will not suffice”, said Tonio Lamborghini, the next generation heir. Customer needs, literally, is fundamental to success. If Ferrari showed some appreciation for the feedback about his supercar that day there might not be Lamborghini today. Instead, Ferruccio realized the contraption and visualized a super turbine on the horizon that will ensue a range of business opportunities.

“Today customers are different from 30 years ago. We now live in the age of globalization where the internet and social media influence other as well as ourselves. People know everything, easily. It’s a basic factor we have to be aware of and consider for each and every business bid”, says Ferruccio Lamborghini, third generation heir that holds the same name with the founding prodigy. The second generation heir, Tonio, also planted a few seeds to shape the contours of the remaining century, “Our hearts will always hold a place for wheels and engines. It’s embedded in our DNA. In the future, however, it will no longer be just about tractors and sports cars. It must be about environmentally conscious electronics”. 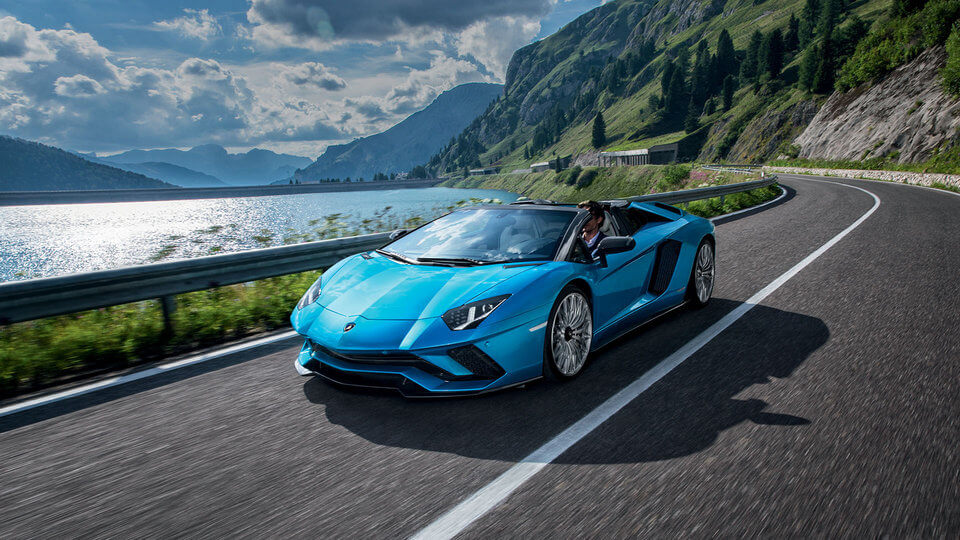 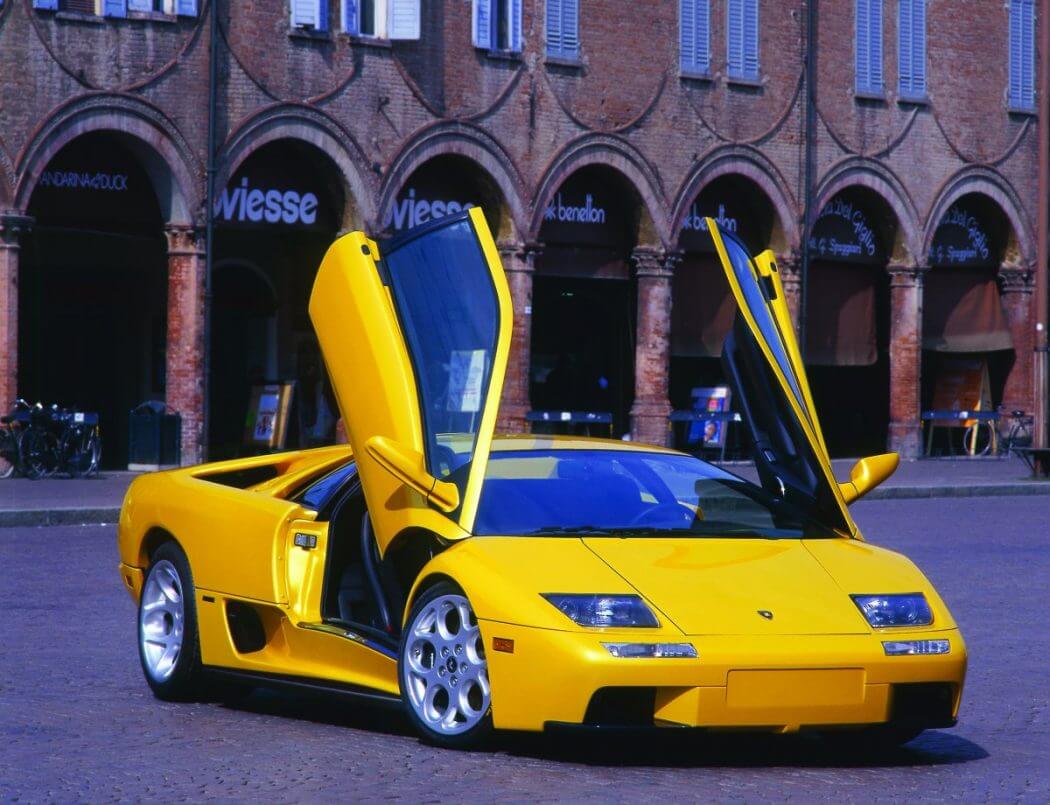 Ever changing needs of the customers today has forced Lamborghini to adapt and grow to other fields of businesses, it be accommodation and hospitality, watches, cell phones and even eyewear. With a popular brand symbol easily identifiable among customers, it is not difficult to operate in such markets with highly appealing products for the customers.

Although Miura Lamborghinis sell well, it is not enough to provide Ferruccio with adequate source of funding. In 1972, the company was sold to a Swiss-based automaker and later changed hands several times until Chrysler took the helm in 1987 and produced several Lamborghini models including the Espada Jarama and the four-seater Urraco. All models, nevertheless, seemingly crashes into the arch rivalry from the Ferrari camp at every high-end Showroom around the world, i.e., the Countach. In 1998, Audi acquired the company for 111 million dollars and came out with the Murciélago in 2001 to replace the Diablo, which was at the time the most popular and the fastest of all models with a 320 kmh powertrain capacity. The name was derived from the bison bull that survived 24 stabs from a Matador, thus, sending a message to competitors that Lamborghini will continue and continue well.