Present simple : over 80 percent of plastic waste that pollutes the ocean to the point of destruction comes from careless disposal in urban areas. A whole host of problems now ensue to threaten the livelihood of all walks of life. While nations pander to big business, countermeasure is desperately needed to establish waste ownership and take back control before the threshold is crossed. Policy, however, always falls short of aspirational ideals without individual awareness, SOPs and reinforcement, and is even less effective when it stifles convenience. Winning over enough pride to reinstate upstream responsibility, thus, seems a downright insurmountable task.

Yet, 6 nations are thriving with waste management, some of which have even transformed the daylight robbery into a heyday venture! Let’s explore 6 fascinating ways to profit from Reuse Reduce Recycle and even Remove plastic from the face of the planet, altogether. 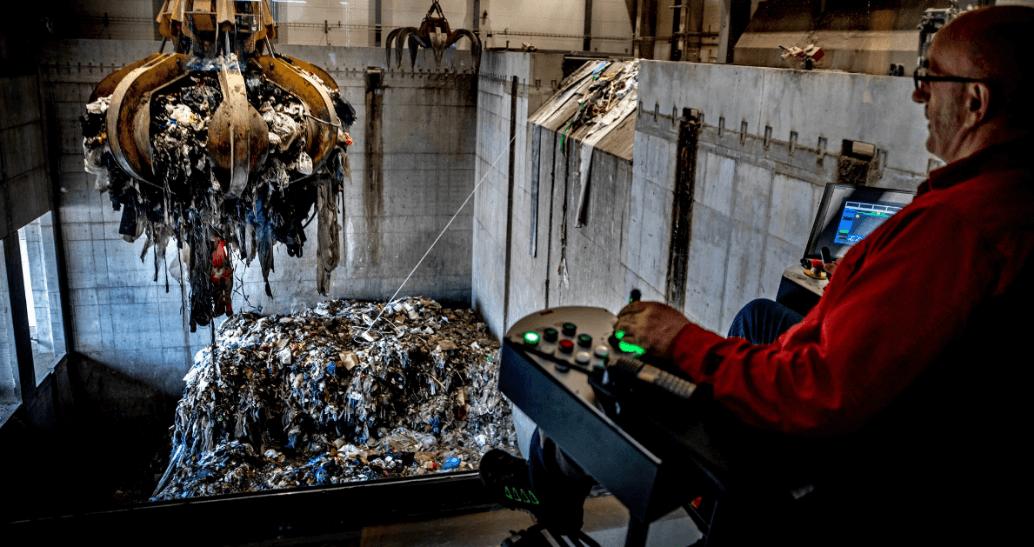 Quote: “Four tons of garbage contains energy equivalent to one ton of oil, 1.6 tons of coal, or five tons of wood waste.”

1. Sweden – A Nation of Waste Shortage (We Need More!)

In 1940, when no one could imagine urban areas swamped with plastic waste, Sweden launched a waste sorting project whereby sorted waste was converted into energy. As it happens, Sweden has now been able to develop waste-to-energy technologies with almost no pollution of any kind generated in the process while more than 96 percent of domestic waste can be reused.   Progress didn’t stop at converting waste to energy. While the waste-to-energy project can now supply electricity to as many as 810,000 households, a domestic shortage of energy convertible waste has in fact compelled Sweden to purchase waste from other nations.

On the other hand, a deposit is imposed on consumers of both plastic bottles and bags where the amount is refundable when used plastic is returned at designated recycling points. The deposit on plastic bags equates to 1.86 Baht per bag, which is to be used as a means to fund and run the plastic waste management system in urban areas. Interestingly, the countermeasure is implemented to impose ownership of plastic waste on consumers and prevent unauthorized disposal as well as improper recycling.

2. Germany – A Nation of Recycled Waste 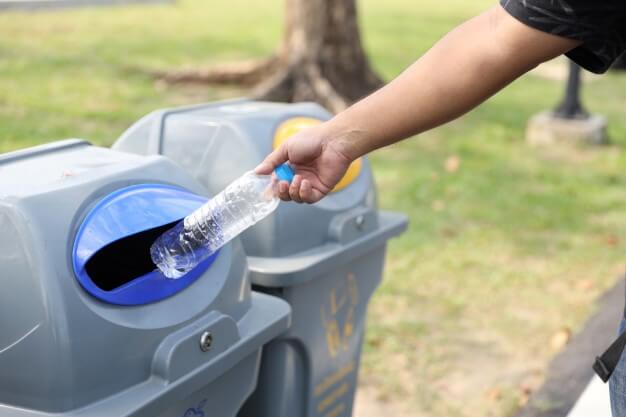 In 1996, Germany passed the law to control waste in every part of the country, be it waste generated in the production, distribution or consumption process as well as to ensure waste sorting before disposal. Besides, a recycle tax was imposed on shops/stores that gave away plastic bags for free along with the container-deposit legislation to promote recycling and consumers’ return of used beverage bottles. These measures caused German beverage manufacturing companies to opt for reusable bottles as this could greatly reduce CO2 emissions in comparison with the manufacturing of new plastic bottles. Within a year after the implementation of the policy, as much as 64 percent of plastic bottles in German markets were multi-purpose bottles. The percentage of multi-use plastic bottles later decreased to only 46 percent. 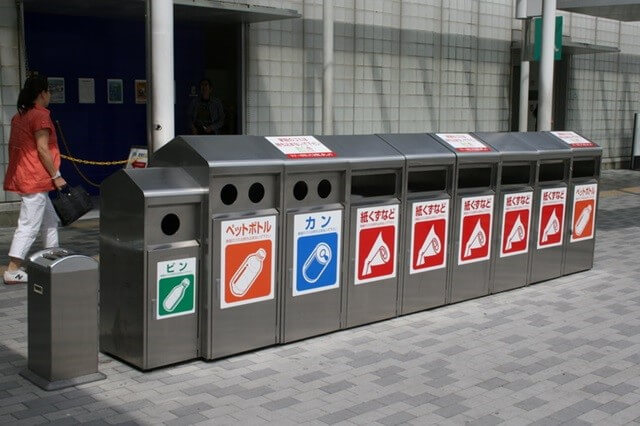 In 2002, the government conducted a campaign on renewable resources based on the 3Rs principle (Reduce Reuse Recycle). This was followed by the imposition of specific law that corresponds with product characteristics, e.g. waste sorting, plastic bag tax, recycle tax, covering containers and packaging of electrical appliances, food waste, construction waste and vehicles to be disposed of after long years of use, among others. Such laws have contributed to a 40 percent decrease in the volume of waste disposed by Japanese population.

In 2002, Bangladesh passed the law banning the manufacturing and distribution of plastic bags to buyers. Offenders are liable to US$ 2,000 fine each time they violate the law. The reason was because a huge volume of plastic waste had been found to be the main cause of clogged sewer lines during the great floods of 1988 and 1998. The above-mentioned measure made Bangladesh people think twice before using and discarding plastic bags on the streets. As a result, the volume of plastic waste has since drastically declined.

In 2015, big stores in the U.K. started to charge consumers for each plastic bag handed out. The charge was equivalent to about 2.14 baht per bag. There were also plans to adopt the plastic bottle deposit system and ban plastic straws along with plastic coffee stirrers and cotton buds with plastic stems. Thanks to these measures, the country could reduce the use of plastic products by more than 80 percent and, in turn, reduce the waste disposal budget by £60 million and CO2 emissions by £13 million. 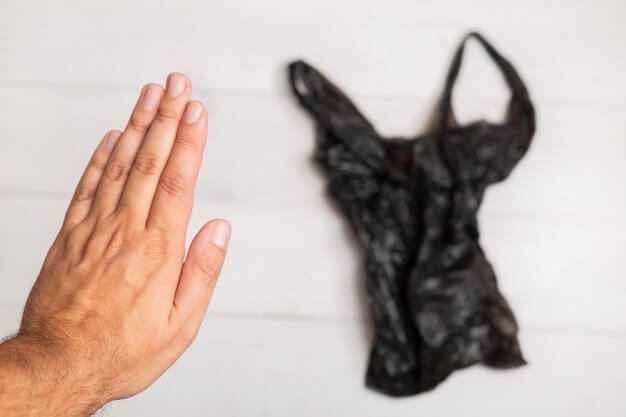 In 2018, Taiwan passed a law banning  single-use plastic products such as bottles and beverage cups. The ban is supposed to be enforced nationwide by 2030. At present, restaurants and cafés in Taiwan do not provide plastic straws while consumers will have to pay for plastic straws, if available, by 2050. The policy has so far affected and will drastically affect Taiwanese people’s way of life but they definitely stand to benefit from it in the long run.

Ask anyone where the recycling plant or waste management center is and you’ll likely find that no one knows the answer, i.e., among the few that actually know what you’re talking about. Thus, Thailand is consistently ranked the world’s 6th biggest contributor of ocean waste with over two million tons of disposed plastic to its Por-Piang name per year. Considering the vast differences in population and GDP, i.e., roughly 1.4 billion to 70 million and $14.2 trillion to US$504.9 billion in 2019, respectively, the nation trails disproportionately close to the all-time king of all petroleum byproducts; China. To tackle the problem, a resolution has been reached in a meeting called by the Ministry of Natural Resources and Environment and representatives from the private sector, including department stores and convenient stores to total 43 participating parties. The resolution passed in the meeting established that, starting from January 1st 2020 onwards, a pilot project will be implemented to completely ban single-use plastic, i.e., used only once plastic before being disposed.

CPN (Central), The Mall, Big C, 7-Eleven and Tesco Lotus lead the way! The ban will be enacted by the leading retail giants in Thailand, hand in hand with other measures to promote the use of alternative environment-friendly materials in lieu of plastic lids and covers for drinking water bottles as well as terminate the use of Styrofoam food containers along with plastic forks, spoons, knives, cups and straws. By 2022, Thailand is expected to be able to reduce the volume of plastic waste which needs to be treated by approximately 0.78 million tons per year, or as much as 3,900 million baht saved on waste disposal budget.

The 3IR (third industrial revolution) starts with 3Rs. Governments can facilitate waste management for people by putting in place a conducive environment to do so, i.e., starting with properly established facility and personnel requirements. On the other hand, even with SOPs and reinforcement in place, no policy ever works without upstream awareness. If you’ve become aware of the epidemic that’s threatening the livelihood of everything on a planetary scale today, why not join the 3Rs plastic initiative, starting from simple ways to reduce, reuse and recycle on a daily basis. You can opt for environment-friendly materials, learn how to properly and correctly manage waste and support and promote viable legislative bodies that can champion the environment. Even though the plastic waste swamping our urban areas cannot be instantly removed, you can at least be a part of the effort to use less and less and support policies that put it to good use, i.e., the same way the waste management champions have led by example.