Most of us are familiar with the classic saying No one is too old to learn. But, why is it exactly that continued reasoning, i.e., a progressive outlook, is so important again? Because the certainty of change and evolution was sanctioned some two thousand and six hundred years ago, while the rest of us were begged the curiosity of mind to continue the quest to discover the truth about life for ourselves. As such, what we once knew, i.e., discontinued education, is bound to discount changed and new factors that arise from the current equation with dire consequences at some point down the road. Advancement being more than merely the ability to keep abreast of new stuff, progressive reasoning and arrangement is particularly important for professionals and enterprises that rely on it to survive in the relative playing field, i.e., in juxtaposition to outlooks of social immunity at large.

Continuation is key, but how, then, is the best way to learn? Earlier, knowledge was perceived as restricted to educational institutions while scholars have thought themselves to be knowledgeable, skilled and experienced enough without productive hindsight to carry out a job and make a living without updating existing techniques. In reality, however, not only does the earth keep turning, passive endeavors have never gotten anyone anywhere, anyways. One thing Buddha isn’t credited for nearly enough is that he was the first to put in place the prototype of imperial outcome-based learning-by-doing way before what evolved into the scientific R&D we have today. To seek the truth about the misery plaguing the poor and even more so the rich around him, he engaged in conscience personification to reincarnate the matter lest the standard that made possible the exploration of lessons from different approaches to extreme ways of life for himself, firsthand. Most of the time, at the price of with self defeating failure and great hardship to himself and loved ones. Adaptability being the KPI since medieval ages, generals have been appointed for war time performance over untested degrees. Fast tracking from early industrialisation to modernization, the two aviation pioneers largely accredited for inventing the world’s first successful airplanes were also pilots that thoroughly tested flight performances as a result of their engineering, themselves. the engineers of one of the fastest race cars in history were also the best race car drivers that ever lived of whom test drove the results of their own creation to perfection themselves. The CEO of one of the largest automakers in history, started out as a co-op student checking fender benders and hoods to pay for her college tuition. The uberized app that holds care driving operations for school children at scale today was a startup by three moms who at the time together had eight small children and understood the stress of getting kids everywhere, thus, decided to create something to fill the safety gap they needed for themselves. A gap, apparently, that has turned out to suffer so many other parents as well.

Point being, while none of the successful learners above were on survival of the fittest pride, all were exceptional learners because they had 3 soft skills in common; a passion for what they did, many times at the expense of their own well being, an obsession for hands-on applications, and, they enthusiastically embraced lessons of failure. You don’t master tennis from a textbook, i.e., receptive skills, you do so by playing sets, i.e., productive skills. Leaders are appointed particularly for the mastery of these 3 proactive merits, i.e., collectively referred to as the proponent Por-Piang outlook for proactive learning; the Por-Dee outlook, or, the more user-friendly middle path.

With a lifelong learning perspective and knowing what romanticizes a fruitful reap, today we have 5 modern day learning tips for you to explore.

Set goals and expect big challenges if you want to succeed 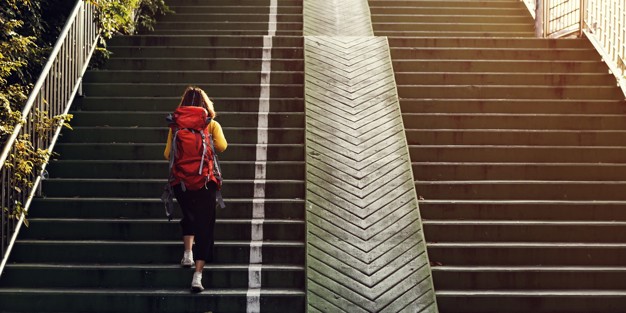 You won’t embrace challenges until you know how invaluable it is for your development. As a matter of fact, some would even advise precaution against schemes of aversion as development is ineffective without it, if not impossible altogether. On the other hand, even when you expect it, big challenges are just not worth the trouble when it’s not your knack. As challenges appear perpetually miserable for the rest, the passionate ones look not beyond the obstacles that arise to find opportunities to learn new things about what they love and look forward to the bigger ones to follow. What doesn’t kill you makes you stronger, however, is only true if you’re self-aware. Otherwise, it’s just a lot of time spent off the rail proving the fittest in vanity fair. That granted, action is the most important element in development precisely because of the unexpected challenges that arise. They give invaluable hindsights of lessons of failure, i.e., nuance impossible to ascertain pre-implementation. It’s as much about technique as it is about wisdom, and there’s no better way to sharpen technique than fine-tuning it in the thick of applying knowledge obtained from your own experience, good and bad.

To set goals, learn to ask ourselves proactive questions about the purpose of each stage of our life, be it in the short or the long run, a distinct goal to become better in which aspect at which stage of life, to ensure concrete, tangible development.  For example, in what areas do we want to become an expert over the next six months?  What must be accomplished within a year?  What additional studies or training are required if you want to be on the path to success as planned?  And, at this particular stage in our life, in what fields should we acquire most knowledge?  This is because to set a clear goal will enable us to see all steps of the process leading to the goal, just like ascending the stairs one by one to reach success awaiting us at the top.  Aside from the clear goal, we must also appreciate the value of self-development by being able to give the reason as to why it is necessary.  If you find the meaning that has an impact on your life, any action leading to success can prove easier.

Approach knowledge with a glass half filled mindset 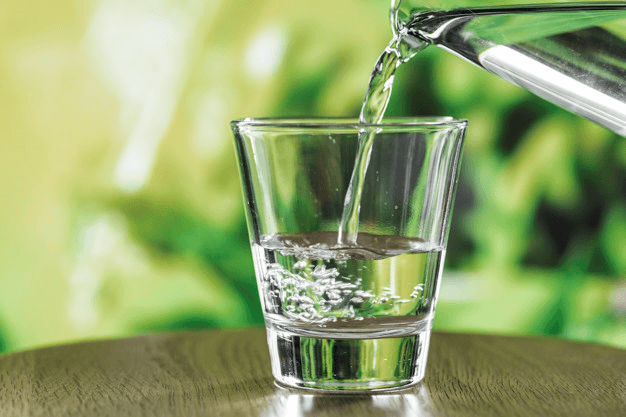 Learning in the age of the IoT is no longer restricted only to the scholars and from textbooks.  Instead, we can learn by talking to those with real experience as well as listening to podcasts, watching movies. You have more access to those with lessons of failure and hands-on expertise.  Each expert has a different way of learning.  On the other hand, we can create a learning environment that makes you feel like having fun learning.  For instance, if you are a coffee lover, try reading a good book at a café.  Find the right conduct for learning for yourselves and start to acquire the knowledge on a regular basis.  Besides, be like water in a partially-full glass and thirst for knowledge as these are the keys to further and better self-development.

Stay close to role models, ones that lead by example

Being close to someone and over a lengthy period of time, the earlier the better, makes you unconsciously absorbent of their conduct as well as thoughts.  Thus, try staying close to your role model if you want a taste of the passion that’s driving them. Given the fire radiant upon you, the rekindled passion inside your belly might turn into a torch held high guiding to your victory lap, too.

Be data-driven: onward actions contingent upon outcome-based effort, performance and lessons of failure

Now, it’s time to get to work because it is the best way to learn while evaluating the result will make you realize both mistakes and benefits.

True lifelong learners do not need a prescription for learning.  Instead, the best of them are self-driven with merits  of insatiable curiosity that propel the pursuit of functionality in the context of global developments and changes.  To reiterate the classic There’s no such thing as a stupid question soundbite, Steve Jobs often expressed Stay hungry. Stay foolish. to encourage the quest to keep abreast of new stuff among those discouraged by strife, i.e., most of us. On occasion, he would reiterate that questioning is the start of every reasoning as questions cause curiosity and logic which in turn drives a thirst for more knowledge in order to understand unanswered grey areas.   See if you can develop and incorporate the 5 habits into long lasting soft skills in your life in this day and age of modernization, the same way our ancestors did in their time.